Agency for postcolonial* transformational* polyphonic* critical* dialogical* sustainable* equal* education about the pasts and presents, for the futures.

They are an international team with various backgrounds. They create exhibitions, installations, educational programs and algorithms.

Ally Education is a growing platform of museum professionals. They create exhibitions, installations, educational programs and algorithms. They translate complex topics and content into the conceptualizing, designing, planning and realizing of exhibitions as well as educational formats for museums, cultural institutions and companies. Always driven by a love for complex content, context and format, they offer coaching, content, design-scenography, planning and technical competence from a single source. They live in different countries in Africa and Europe and work in different fields in museum and educational work. Together they have many decades of experience in consulting, in the conception of exhibitions and in exhibition design. They are united by a deep love for museums and educational institutions, to which they have dedicated all their careers. They share an interest in transforming museum and institutional work. They are trouble-shooters and feminist killjoys. They wish for a shift, which takes as a starting point discussions about post-and decolonial museums and institutions, the digital divide, and shared knowledge versus shared heritage.

We offer you a wide range of services. The starting point for all services is a collaboration between your institution and cultural workers from different contexts. For example, if you are preparing an exhibition with a focus on decoloniality in your institution, we make our expertise and our network available to give visibility to previously unheard voices, to enable exchange at eye level or to discuss your concept with experts from different contexts. We offer mediation platforms for this exchange, curate a learning space for working together and accompany the process of collaboration with innovative methods and tools. If you are preparing an accompanying or mediating program for your institution, we can establish contacts and contribute ideas. On request, we also create concepts for exhibitions, raise funds for the implementation and accompany the process up to the implementation in the exhibition design. A special focus is on the creation of digital content: Whether audio guide or app: We bring in our expertise with a focus on decolonial mediation and advise on polyphonic methods of storytelling and produce innovative applications for the digital mediation of your content on request.

For your team and your visitors.

For museums that want change. For teams that want to address diversity issues. For leaders who want to create innovative, decolonial spaces in their institutions. 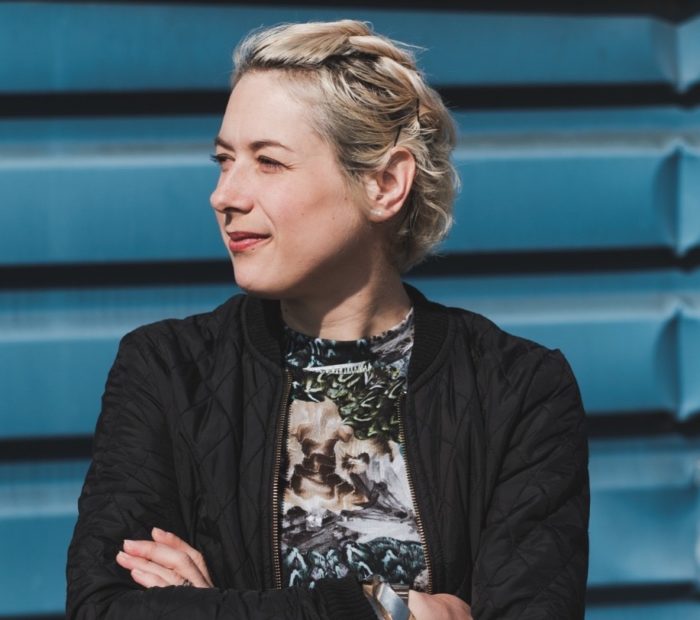 Yvonne Zindel works as an independent curator and author in Berlin. To her, curating is an artistic research process in itself that allows for enquiry – to re-imagine, re-arrange, and experiment with its methodology and ways of communication. She studied art theory, art mediation and fine art at the Braunschweig University of Art and finished her diploma in July 2012. In 2014 she initiated the salon-series Performing Encounters. This long term project, which was awarded a research stipend by the city of Berlin in 2015, focuses on games and dialogue as an area of research. As a holder of a stipend awarded by the nGbK Berlin 2015/16 in the area of art mediation she has developed a special mediation project together with a computer programmer. Since the beginning of 2018 she has been an artistic assistant at the University of the Arts in Berlin with a research position for the project “Revisiting Collections – Transformations of Cultural Education through the Digital”, funded by the “Berlin Program for the Promotion of Equal Opportunities for women in research and teaching ”(BCP) as part of the excellence project“ DiGiTal – Digitization: Design and Transformation ”. She was awarded the art, science and business stipend at Schloß Solitude in 2018. Her current exhibition projects are about technical future visions, in cooperation with REFLEKT, another (in planning) deals with degrowth and sustainability – and one with gender and care work. 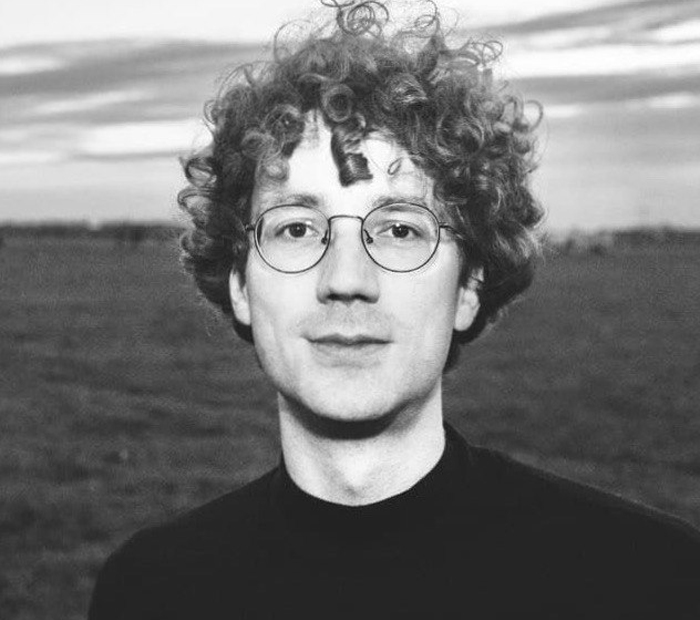 Felix Hampel has been working at the interface of exhibition making and mediation for 5 years. He develops mediation concepts, workshop formats as well as didactic materials for various institutions. As a cultural theorist (Kulturwissenschaft M.A.), his focus is on interdisciplinary, multi-perspective work with cultural-historical topics as well as questions of (historical) knowledge production and museum representation. He is particularly interested in institution- and power-critical, collaborative and sustainable approaches in the mediation of knowledge. For the State Museums of Berlin (Staatliche Museen zu Berlin) he was responsible for the leadership and project management of a participatory mediation project for more than 3 years and currently works as an educational consultant for the German Historical Museum (Deutsches Historisches Museum), among others. 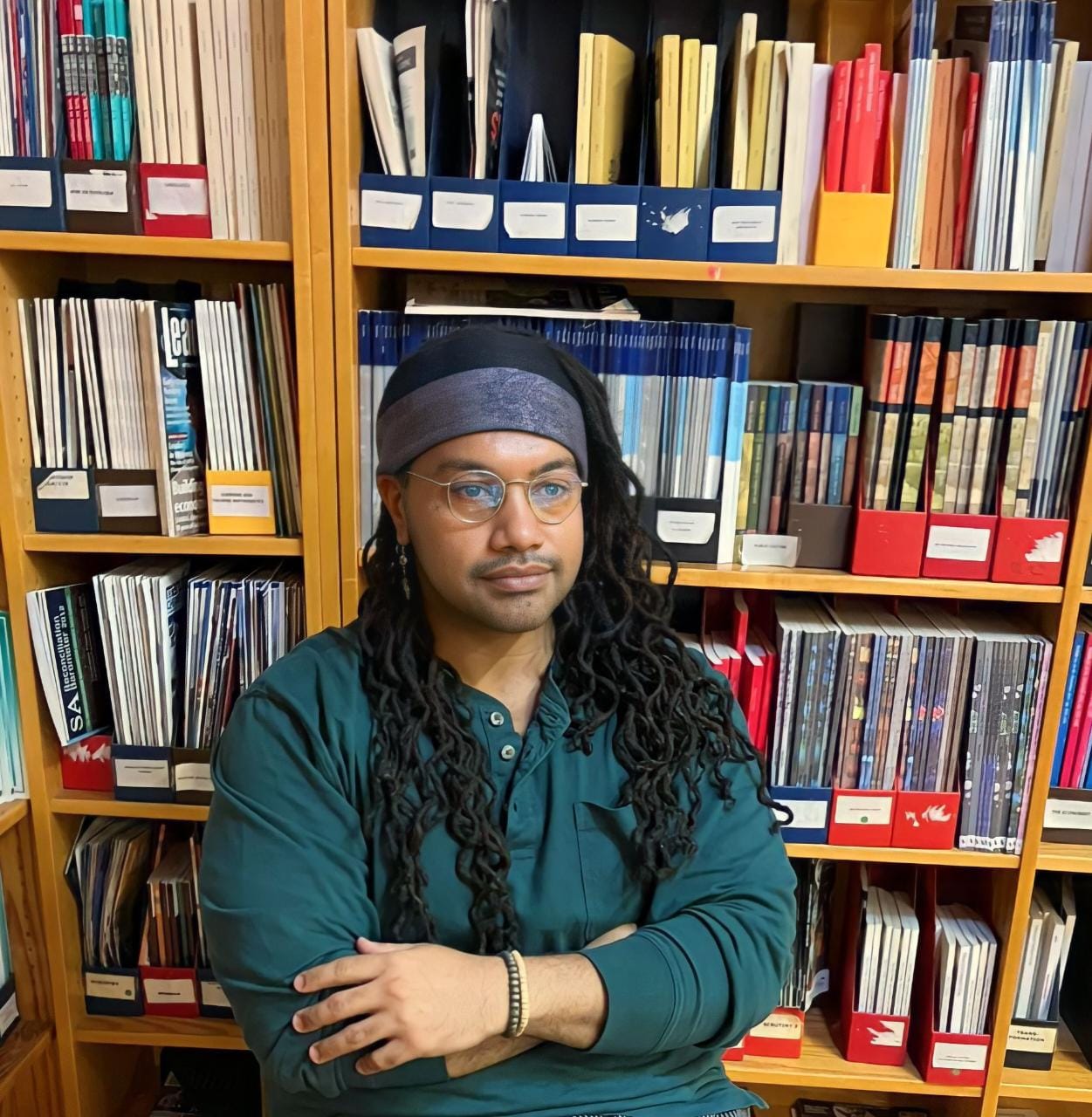 Dean E. Stephanus Is enrolled at the University of the Western Cape. Completing his MA in the department of History. His current research focusses on a complex of Brand, Symbol and Biography. How people live and think narratologically. The subject for his dissertation will be on the life of the late musician, Prince Rogers Nelson. He has a keen interest in the politics of history, and that’s why public history is so important to him. In his work he explores questions of popular culture, popular racism and the academic disciplines through which people have come to develop views about themselves and others, and the epistemic role museums have in this. Dean is involved in various museum work projects. Among them are the Thinking Through The Museum project which consists of an international group of scholars, museum professionals and community representatives setting out to co-produce exhibitions, design tools and explore alternative forms of heritage mobilization where communities can set their own agendas. He forms part of the Critical Race Museology cluster of scholars. Working as an RA, he examines how museums and galleries are implicated in the production of race, racism, racialized collections and exhibitionary spaces. Dean is also currently serving as one of the inaugural two elected representatives on TTTM’s Emerging Scholars and Professionals Committee. The ESPC mobilizes the potential for new generations of scholars, curators and museum professionals to engage with pressing issues and innovative ideas in museum theory and practice. Acting as a liaison and providing support in the development of events planning, policies and additional funding procurement. He is currently participating in the Decolonising the Museum project. An exchange program between the University of the Western Cape, the University of Cologne and the University of Bremen. This is the third leg of the exchange, the first two were titled ‘ Decentering The Museum’, that included visits to colonial and missionary collections in anthropological museums in Germany, and encountering the enduring forms of domination and exclusions in these exhibitions. The other was ‘ Learning from the post-apartheid Museum’, where the emphasis were on examining forms of heritagization, engaging with identity politics and trying to trace voids in the museum displays and how this intersects with struggles for recognition and justice in South Africa. Dean has been part of all three exchanges. His earlier work has also included research into popular racism and Volkekunde in apartheid South Africa.

For any enquiry
or just to say Hi
Reach out here